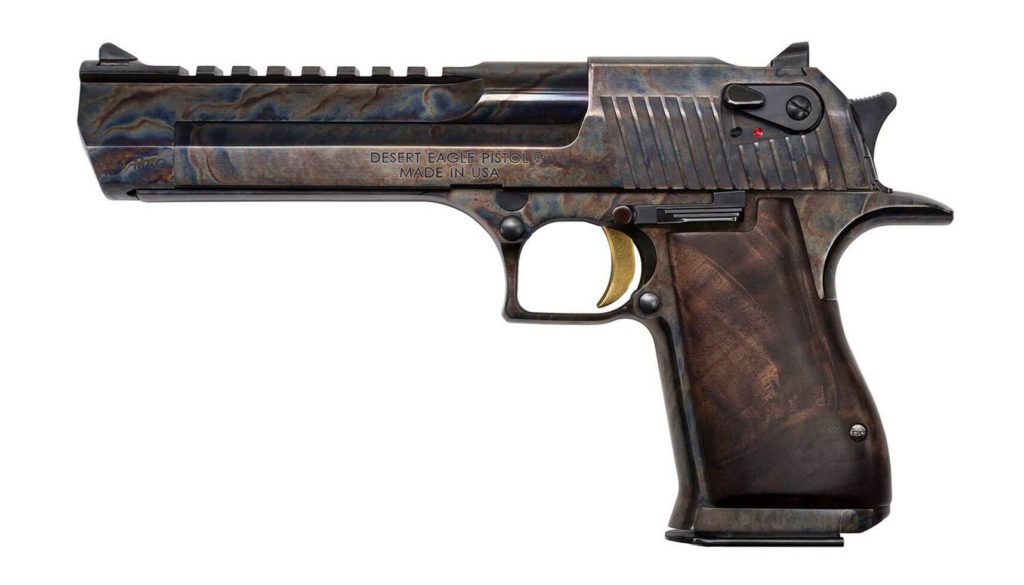 Most people, myself included, learned about the powerful Desert Eagle from the movies.

Arnold toted a matte stainless Desert Eagle in Commando, easily my favorite boyhood flick. DE’s were all over RoboCop (1987) and Dolph Lundgren carried one in The Punisher (1989). They were in the video game series Tomb Raider, Grand Theft Auto, Rainbow Six: Vegas, and on television in Miami Vice, The Sopranos, and a brief appearance on an early season of The Walking Dead.

Even if you didn’t follow action movies, or guns, you at least heard about a Desert Eagle coming up in the 1980s, ‘90s and early ‘00s. Kids like me who liked to blow stuff up were the target audience. Magnum Research got to us through the movies.

The patent for the first Desert Eagle design was filed by Magnum Research, of Pillager, Minn. in 1983. Just two years later the Mark I in .357 Magnum made it’s onscreen debut in Year of the Dragon (1985), used by Mickey Rourke playing a Chinatown police detective.