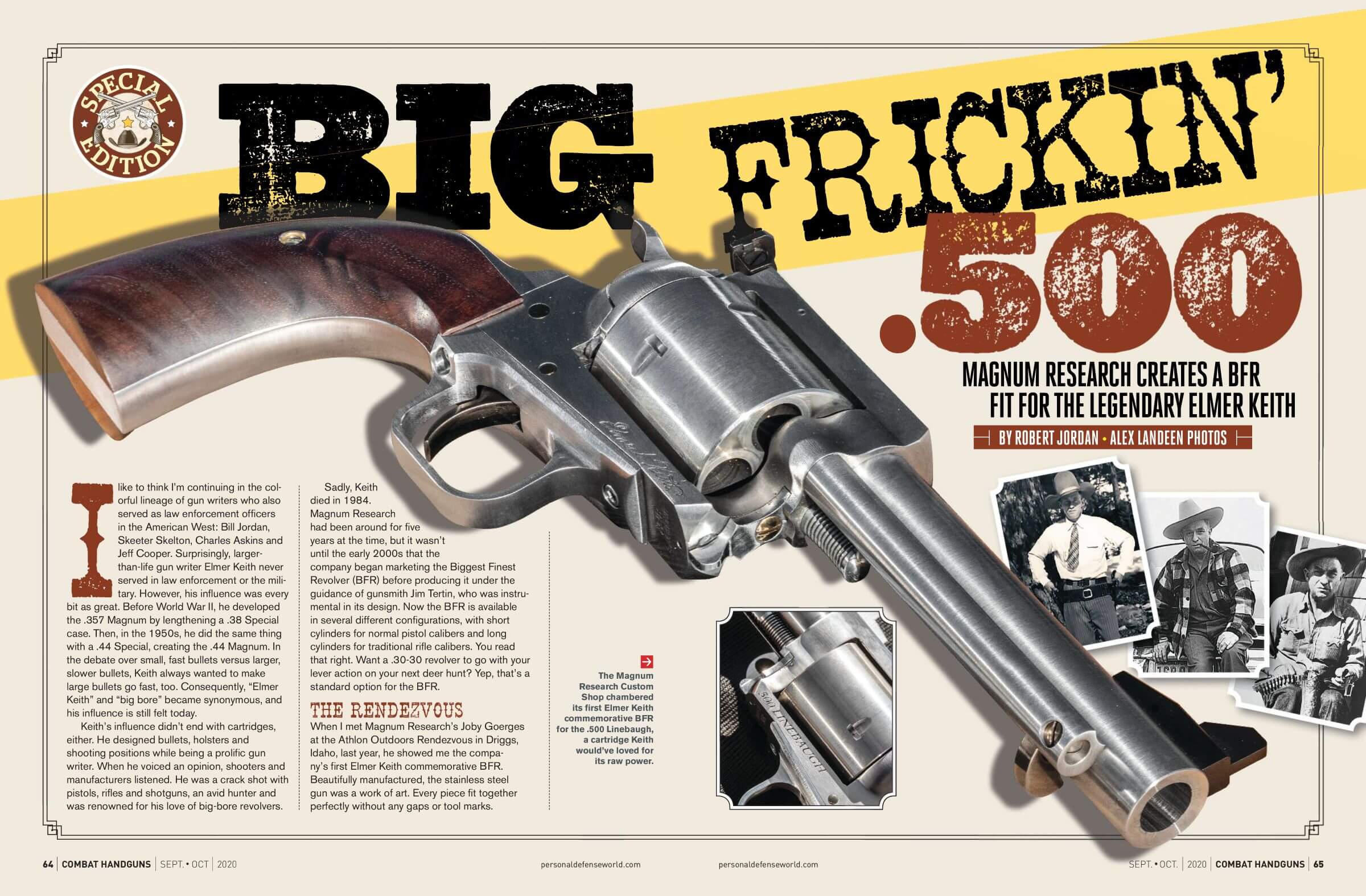 I like to think I’m continuing in the colorful lineage of gun writers who also served as law enforcement officers in the American West: Bill Jordan, Skeeter Skelton, Charles Askins and Jeff Cooper. Surprisingly, largerthan-life gun writer Elmer Keith never served in law enforcement or the military. However, his influence was every bit as great. Before World War II, he developed the .357 Magnum by lengthening a .38 Special case. Then, in the 1950s, he did the same thing with a .44 Special, creating the .44 Magnum. In the debate over small, fast bullets versus larger, slower bullets, Keith always wanted to make large bullets go fast, too. Consequently, “Elmer Keith” and “big bore” became synonymous, and his influence is still felt today.

Subscribe to the newsletter to receive our latest offers