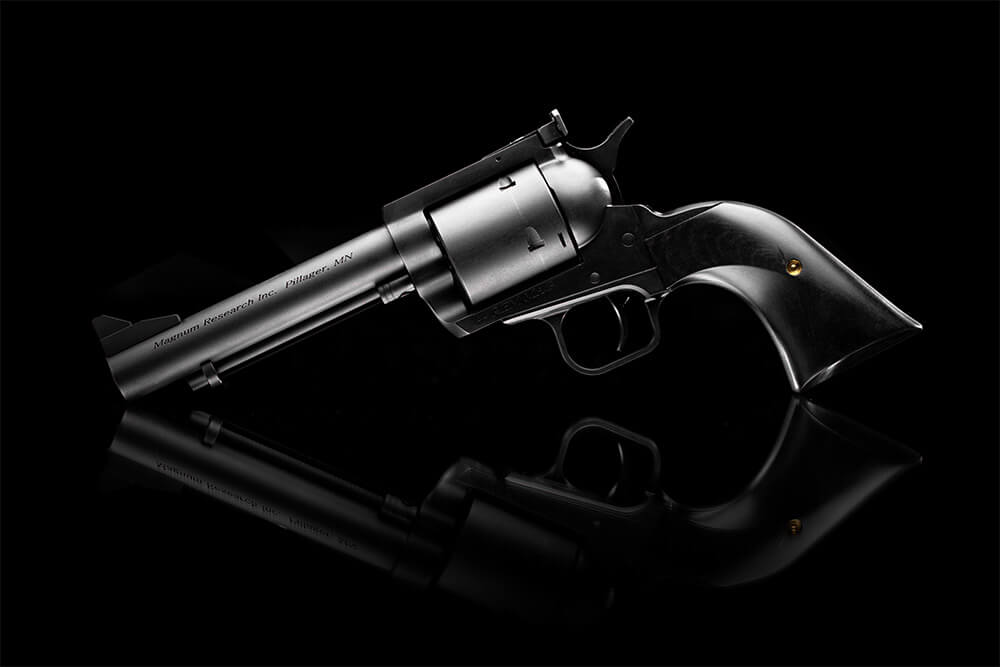 The Joe Biden presidency is already shaping up to be just as bad—if not worse—than Second Amendment supporters thought it would be; the introduction of H.R. 127 gun-ban bill proves that. Biden, together with the anti-gun lickspittles in Congress, is already drawing up his list of guns to be banned by name, as he did in 1994. This is an absolute outrage on so many levels that it’s tough to know where to start, so we’ll start here: Joe Biden’s gun-ban bill robs Magnum Research and the BFR (Biggest, Finest Revolver), and we demand a recount.

Why are we so upset about having our BFR left off Biden’s ban list? First, you’ll notice that every single firearm on Biden’s ban list looks really cool. Essentially, if a picture of one is a hidden reward in a video game, Biden wants it banned. Now, look at our BFR. Just look at it! That is one big f…ine revolver. It’s available in up to .50-caliber with a 10-inch barrel, and we have them in so many different grip and finish options that Dianne Feinstein has to take off her shoes to count them all. This is, hands-down, one of the coolest-looking firearms available, and we would just like to see the anti-gunners acknowledge that.

Second, you’ll make note of the fact that each and every firearm on Biden’s ban list works exactly as advertised. Now, the terms that Sleepy Joe and his anti-gun toadies use are “lethal weapons of war,” but what they mean by that is “this gun reliably sends projectiles of a specific size downrange.” Are you beginning to see why we’re furious that the BFR hasn’t made the ban-book? Our Big Finin’ Revolver offers absolutely superior accuracy, with its all-stainless, precision-grade barrel. The smallest caliber in which it’s offered is .30-30 Win., an actual rifle cartridge, which means that it can be used to hunt the largest game. People have used our BFR to take down charging grizzly bears, and Biden has the gall to omit it from his “hit list”? This is robbery.

Here’s another reason that we’re calling shenanigans on Biden’s gun ban list: Every single firearm on that list was designed to be easy and fun to shoot. Biden seems to be especially upset by ergonomic features like adjustable stocks, safety features like noise-reducing suppressors, and magazines that don’t have to be switched every three shots. We here at Magnum Research would simply like to point out that everyone loves to shoot our BFR. That’s because although it looks a little rodeo, the weight of all that steel and the care we’ve put into the grips keeps the recoil manageable and keeps your shot-to-shot followup time low. In fact, our BFR is so much fun to shoot that we have to keep clarifying what that F stands for: “Finest.” (Our Biggest, Finest fans have a somewhat earthier gerund they use there, and we can’t bring ourselves to blame them.)

Yes, it’s true that the BFR only takes five rounds at a time in its cylinder, but remember: Biden wants to ban shotguns that can take more than three rounds. What’s more, he wants to ban shotshells larger than the .410 bore. Half of the calibers in which the BFR is offered are larger than that—what are we, chopped liver?

To recap, all of the guns that Biden and his cronies want to ban are cool-looking, fun and easy to shoot, and work exactly as advertised. Our Biggest, Finest Revolver is all of the above, in spades, and Biden’s omission of it makes absolutely no sense. Unless, of course, it’s also about politics.

Did Joe Biden leave our BFR off his ban list because he thinks we’re not deplorable enough? Allow us to correct this misperception promptly: Magnum Research, Inc. doesn’t just make the BFR; we also make the Desert Eagle. Last year, we commemorated the presidency of Donald J. Trump by designing our Presidential Desert Eagle. It’s been four months since the 2020 presidential election, and we still can’t keep up with the demand for that gun…but here’s a little secret: We’d probably keep making it even if it weren’t still flying off the shelves like an eagle, because we like President Trump. How’s that for deplorable, Joe?